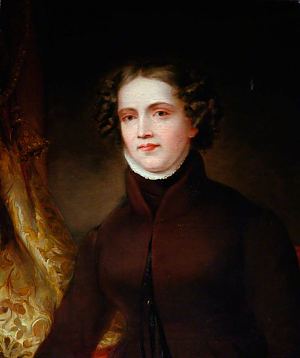 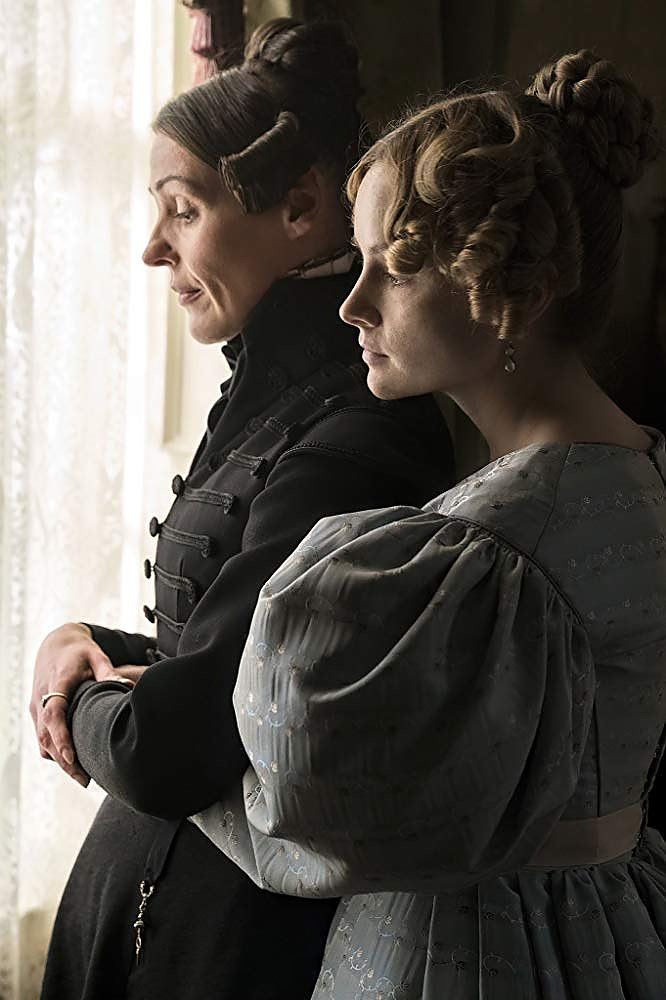 Historical drama named Gentleman Jack is a television series created by Sally Wainwright. Set in 1832 in Yorkshire, it stars Suranne Jones as landowner and industrialist Anne Lister (Gentleman Jack) and Sophie Rundle as Ann Walker. The series is based on the collected diaries of Lister.

Ita O'Brien used a Lesbian Kama Sutra during her research for the sex scenes between Anne Lister and her lovers. Ita told The Sun newspaper, "I had to do quite a lot of research for 'Gentleman Jack'. I used the lesbian Kama Sutra...”
"The important thing was to have a template - if you have a text that explains what positions the women favour and how they make love, then you can really honour that.” As a result of the clever homework by Ita O'Brien, (writer/director Sally Wainwright, writer Anne Choma and actors) this lesbian period piece tackles eroticism in other ways than playing into the male gaze. Sally has confirmed, in Yorkshire back then, “The title Gentleman Jack—Jack meant dyke, lesbian. So it was either very vulgar language like that, or sensitive posh language like ‘wintering in Rome.’".

In thirty four years, Anne had written five million words in twenty six volumes of diaries between 1817 to 1824, about a sixth was written in a cleverly invented code. The diaries had been hidden behind wooden panelling in the family home in Halifax UK until 1930. The historian and teacher Helena Whitbread in 1982 became intrigued by Anne’s story. It took Helena four years to uncover a modern understanding of lesbian history and she published a book detailing the fraught relationship with Mariana and Anne’s tangled web of lovers across Yorkshire. “When I Know My Own Heart” was published in 1988 it caused a sensation. Until then, clear evidence of sex between women had been absent from the historical record. Anne’s journals detailed a lesbian lifestyle many thought had not existed in the past. Her promiscuity showed not only that she was successful at seducing women but that sexual lesbian desire had been far more commonplace, for example it was customary to encourage young women to develop intimate friendships to avert the fear of pregnancy before marriage. Anne’s diaries and their explicit sexual details were so shocking that some even believed they were a hoax.

See all lesbian sex terms in our LKS glossary

“I had kissed and pressed Mrs Barlow on my knee till I had a complete fit of passion,” “…My knees and thighs shook, my breathing and everything told her what was the matter.” Anne went on: “Then made several gentle efforts to put my hand up her petticoats which, however, she prevented. But she so crossed her legs & leaned against me that I put my hand over & grubbled her on the outside of her petticoats till she was evidently a little excited.”

Anne Lister is known to be the first modern lesbian

Anne was first an outstanding woman, progressive and feminist in total shift with her peers and her time. She was brilliant, curious about everything, grounded and privileged enough to be unwilling to bother with the customs. She was able pursue her desires while other lesbians would have had to marry a man to keep up appearances, retreating behind religious morality and bigoted principles. Ironically Anne was a devout Anglican and wrote about her faith quite a lot in her diaries. She never experienced any difficulty in reconciling her lesbian sexuality with her Christianity. Her firm belief was that as God had endowed her with her sexual nature, it would be wrong to act against it. Anne’s preference for “the fairer sex” was not a secret and she aspired to make a beautiful marriage with, not a rich man, but a rich heiress.

Anne had been a tomboy as a child and continued to enjoy the privileges of the male sex as an adventurous adult. She travelled to the Pyrenees, intent on climbing the icy peaks. By enlisting a smuggler as a companion, she tied her long black skirt and petticoats around her legs and wore nail-studded cramponed leather boots. Map in hand she was the first woman to reach the summit of Mount Perdu in the Pyrenees (1830) and the first person to reach Mount Vignemale in France (1838). She wrote, “The view was magnificent, particularly towards Spain,”…“the perfect solitude. The profound stillness that gave me a sensation I had never had before”.

Anne Lister can be described as a stone butch

A stone butch is a lesbian who displays female butchness or traditional "masculinity". Stone butch lesbians are dominant in providing their usually feminine partners with sexual gratification, and obviously experience pleasure themselves in doing so. Contrary to popular belief a stone butch is also receptive to receiving sexual pleasure from her partner.

The video here is a special photo montage slide show of our imagined Anne Lister “grubbling” - by which she meant groping in a sexual way.

WE HAVE A WINNER!
@bicapop (Twitter account) is an excellent representative of Gentleman Jack Art and our panel has voted her the best, see last picture bottom right in photos. 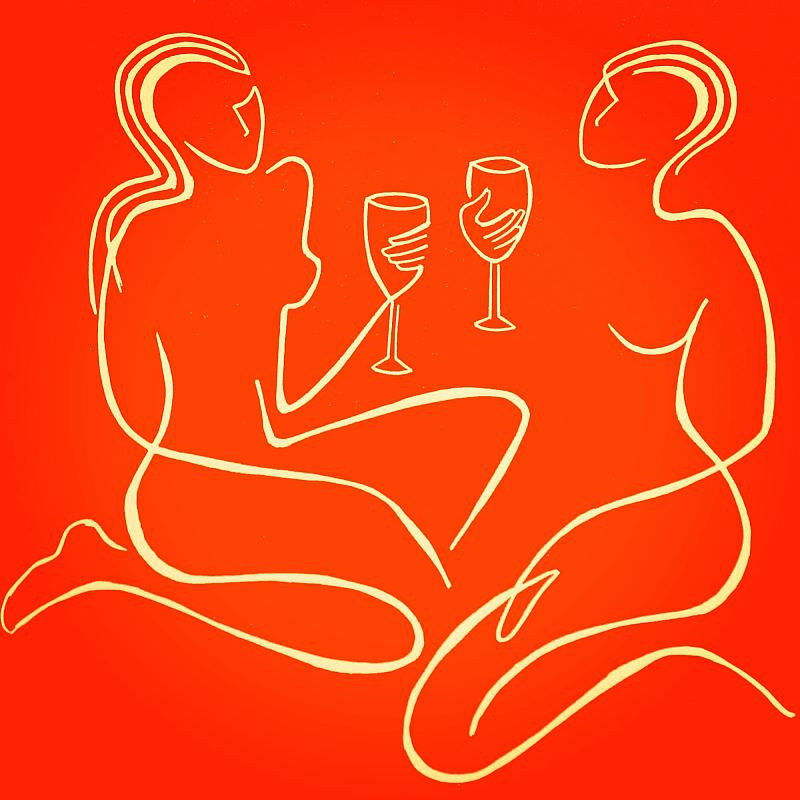 Your email address will only be used by LKS and not passed on to any third party. The address of the reply emails and credit card statements generated by us will be from our secure Internet payment provider, so there is never any mention of Lesbian Kama Sutra.

Lesbian Kama Sutra (LKS) is for the best lovers interested in sexual exploration.

Probably the most revolutionary Sapphic Arts and Lovers Guide.

Lesbian Kama Sura is handmade in Europe. All because lesbian love life matters...